Exergy was appointed by Oneida Realty to undertake a low carbon design project in order to define innovative solutions, which could significantly improve the buildings’ performance and decrease the operational costs

Located in the heart of the central business district of Duluth Minnesota, the Alworth Building – built in May 1910 – is the tallest building in the city. The Lonsdale Building was originally a five-story building, but three additional stories were added in 1906 as part of an extension project. Later in the 20th century – the Medical Arts Building, considered an Art Deco masterpiece, was built close by. In all cases, the ageing nature of technology and materials in the buildings led to relatively high operational costs and prompted an investigation into possible improvements.

Exergy undertook a full assessment of the site, the existing building systems and the microclimate. By utilising a suite of energy modelling and simulation tools, a large set of energy measures were tested. Various options for building improvement were analysed from both a financial and environmental perspective. Conceptual mechanical engineering drawings of the proposed HVAC systems, controls matrix, cost estimates and a construction plan were elaborated at the end of the conceptual design phase. 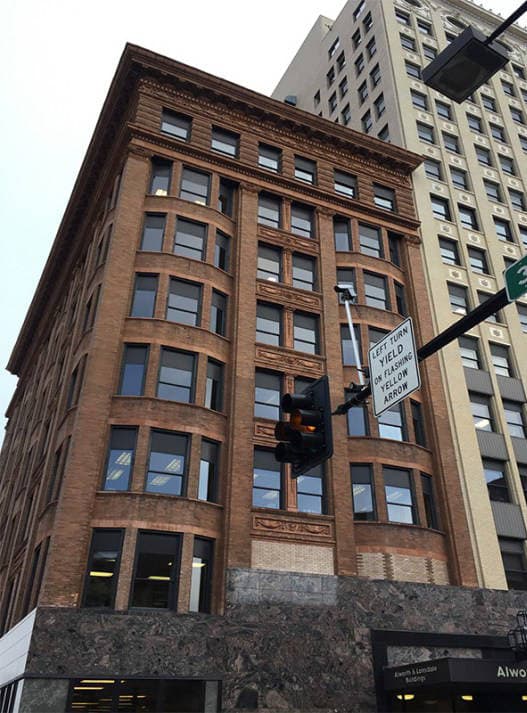 Final designs and assessment results along with a business case were presented to Oneida. Some of the proposed solutions include:

The proposed design established cost and environmental improvements of implementation:

Interested in this project or want to find out more?

Get in touch with our specialist in this area

Providing you with Circular Economy strategies, engineering solutions and technologies that are best suited to your needs.

Stay updated with the latest news and project developments.